Those that have used Trimmed To Size have been providing rave reviews about how great the results are and how quick and easy it was to do. 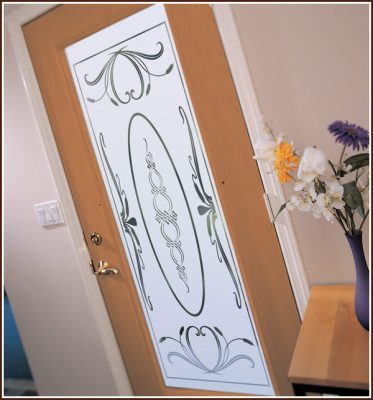 People with patio doors, storm doors and one-light French doors are reporting beautiful results and an installation time of about 15 minutes.

Trimmed to Size centers and balances the design on the door.

Many owners of 8, 10 and 15 light doors completed their installation in 20 minutes.  They said using Trimmed To Size for multi-light doors is almost a no-brainer.

It saves a person a good hour or more of tedious measuring and marking and the factories computer controlled cutter usually delivers more precise results than trimming by hand.

Office mangers used Trimmed To Size because they had support people willing to apply the film, but no one wanted the responsibility of trimming the film.

They reported their offices looked better, many privacy issues were resolved and that the installations were easy and hassle free.

Here privacy films protect patients privacy from people in the walkway and the parking lot also became less distracting to people in the office.  Lite Frost and Sandstone Privacy were used.

We are all busy and time is a precious resource.  Using Trimmed To Size allows you to transform glass doors and windows without sacrificing a lot of your time.