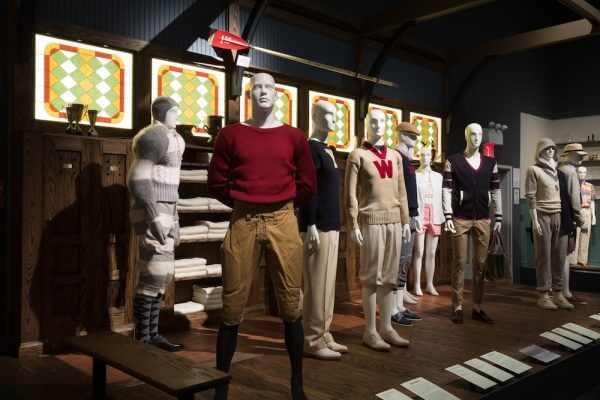 Are you in NYC or planning a trip to New York anytime in the near future? If so, make sure to make time for the Ivy Style Exhibit at The Museum at FIT.*

“Ivy Style celebrates one of the most enduring clothing styles of the 20th century. While viewed today as a classic form of dressing, in its heyday, Ivy style—or the “Ivy League look” —was actually so cutting-edge that it went on to inform the evolution of menswear for decades. This exhibition examines the genesis of Ivy style on the prestigious college campuses of the United States during the early years of the twentieth century, looks at the ways in which the style became codified by mid-century, and reveals how now, nearly one hundred years after its inception, Ivy style is still a thriving global influence.”

We here at Wallpaper for Windows are excited to play a tiny role in the show.  Our Cambridge ll stained glass window film is used at the background panels for the exhibit. Window film meets high fashion!

*The exhibit runs through January 6th.